We love motorsport here at Trans-Rak. Not only have we been privileged to work for several customers within the motorsport industry, but we are also lucky enough to be sponsors of the Caterham Academy series for 2019.

What Is A Caterham?

Caterhams are beautiful little lightweight sports cars, usually supplied as kit cars for amateur enthusiasts. With modest skill and a reasonably sized garage, Caterham sports cars can be constructed within 80-100 hours. Building a Caterham is an enjoyable and educational experience. Not only is the satisfaction of having built your own car hard to beat, but it provides important lessons in safety, security and vehicle mechanics.

Caterhams are popular race cars because of their easy manoeuvrability and low entry cost. They are also great fun to drive. Trans-Rak’s Chief Engineer Wesley is a keen Caterham enthusiast. He’s taken part in several Caterham races and is participating in this year’s Caterham Academy series.

The video below shows Wesley racing the Caterham 7 he built himself!

We’ve also handled Caterham cars in a professional capacity. Using three R-RAKs and a single 40 foot HC container, we were able to ship six Caterhams for our customer Autobox Logistics. That’s a lot of cars for a single shipping container! It’s not just the R-RAK, either… we managed the same feat with the EL-RAK - as equally impressive!

We’d like to wish all the drivers, mechanics, and support crew taking part in this year’s Caterham Academy Series the very best of luck. We look forward to seeing some exciting races!

If you’d like to know more about the R-RAK, or our other reusable steel racking solutions, please call 01926 408282 today.

5 Common Myths About Transporting Vehicles By Container
(10 May, 2022)

The Benefits Of Using Car Racking Systems For Your Shipping Business
(10 May, 2022) 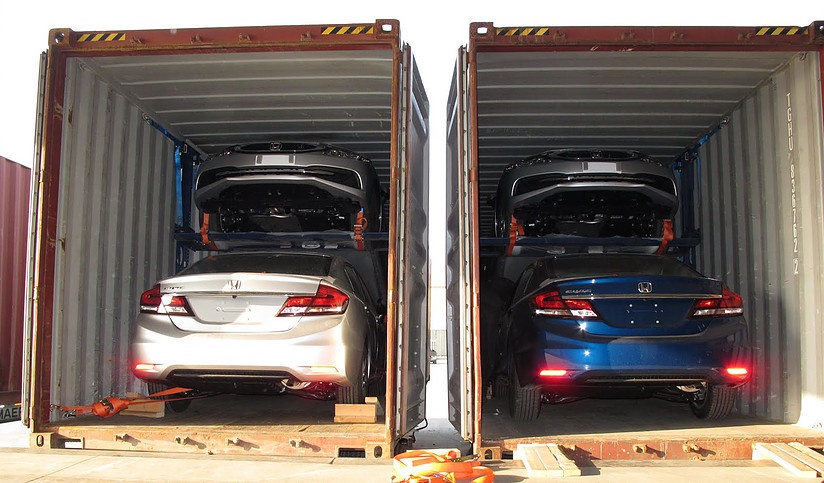