How To Ensure The Secure Shipping Of Vehicles In Containers 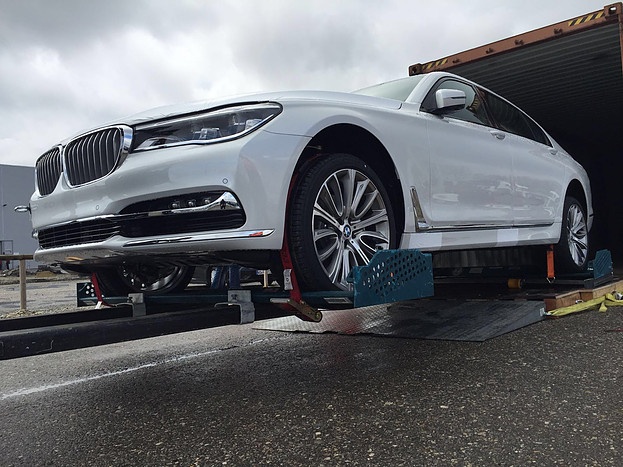 Containerised shipping removes practically all of the risks involved in transporting cars and other vehicles, especially over long distances. It is more flexible than RoRo because container shipping vessels call to far more ports worldwide than do ocean going RoRo ships. Also, containers can be shipped on to further destinations after landing with no additional intervention by the sender. It is also probably the best way to guard against accidental damage, weathering or theft en route as the vehicles are locked inside a secure steel container.

Nevertheless, one must use common sense when loading vehicles inside a container and try to foresee and forestall potential mishaps on the journey. Whether the container will be transported by sea, by air, by train, by truck or a combination of those, it will be in motion for most of the time. It will be lifted by crane and lowered to the ground or onto a stack of containers. The load will be subject to forces and securing it must take them all into account.

Forces To Be Reckoned With

A load in motion can be subject to any or all of these forces and scenarios:

It pays dividends to secure the vehicles in such a manner as to reduce or eliminate the risks posed by each of these forces, just as you would when sending them by car transporter. The fact that they are inside a sealed container does not mitigate against the laws of physics and momentum.

Start With The Basics

It is possible to maximise space utilisation without additional risk by using the Trans-Rak system. BMW, Honda, GM and many other marques depend on it for trans-global car transportation, so it’s tried and trusted. This method enables you to send up to 4 cars in a container, fully lashed down and secured, and also to utilise the space between the vehicles for parts or other cargo. What size container you need depends on the size of the vehicles, and they do not need to be all the same. The special racking is designed for use in both ISO and Pallet Wide containers, is made of steel so it’s robust, re-usable and long lasting, does not splinter or fall apart and provides a stable load bed for fully assembled and SKD vehicles. Watch the short video here.

The Trans-Rak system comes with its own recommended accessories and devices – both to be used while loading vehicles and then removed, and for lashing the vehicles for the duration of the journey. The systems ensure all vehicles are properly secured for the journey. The restraining components include:

Wheel chocks for the vehicles that sit on the floor of the container, specially designed for containerised transport.

Trans-Rak is an established and trusted car containerisation system and has been used across the globe for the past 4 years – from the USA to China, Europe, New Zealand – and is steadily growing in popularity simply because it works as a totally reliable system.

Download our free eBook The Containerised Car transport Guide and learn more about this system than can revolutionise your vehicle transport options.