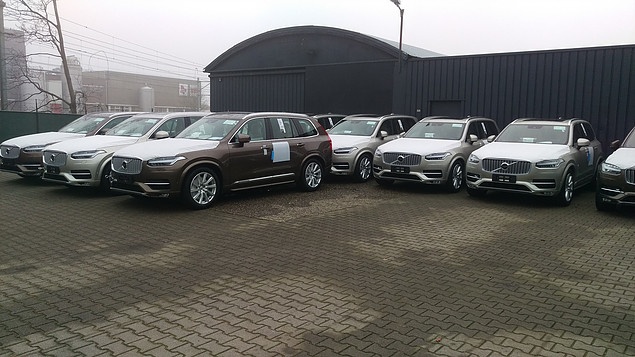 This week, a number of Volvo vehicles were loaded into containers using the R-RAK and DL-RAK. Because of the width of the Volvo XC90, the DL-RAK was used, meaning that no loaders had to open the driverside door or pass alongside the vehicle when in the container. Also, because the Volvo XC90 is such a large vehicle, the efficiency of the R-RAK was highlighted. The Trans-Rak system is the only product available which can fit 3 XC90 into a 40ft High Cube container, making containerisation much more competitive than loading 2 vehicles per container, as has been done previously.